Today is May 6th. If I’m keeping track of time correctly, we are currently in our 7th week in the United States since federal and state authorities began making restrictions for citizens in light of COVID-19. There is no doubt that we are all being affected in deep ways – not just physically or economically, but socially, relationally, and emotionally. It’s hard to fight against emotional fatigue and apathy when you’re not even sure what day it is anymore.

Call me naïve, but I was really hoping that this pandemic would be an enemy that would unite the American people. The divisive rhetoric of our culture, driven almost entirely by political and racial divides, has become too wearisome for me to bear. But as days have become weeks, the pandemic has become another source of contentious divide. I am especially saddened when I see God-fearing Christians using divisive language, promoting politically biased information, or even lashing out at those who disagree with them on what is best for our country.

Maybe I shouldn’t be surprised. These behaviors have become the mold that our culture has made for us. It is far easier to settle into a familiar way of doing things (even if that involves unhelpful or sinful behaviors) than it is to pursue the difficult paths of humility, grace, and kindness.

This cultural mold has given us patterns of convenience. In the history of God’s people, it is not uncommon for us to choose the complacent path of convenience rather than the difficult path of obedience. The Israelites early conquest of the land of Canaan is a great example of this pattern that is worth our time to consider.

The book of Judges begins with the Israelites carrying out the conquest of the land of Canaan. This is a difficult story for our modern ears to make sense of. The Israelites were commanded to either kill or drive out all of the Canaanites from the land. Isn’t this awfully brutal? If God is so loving, why did he command all of this to happen?

The people of Israel were to drive out the Canaanites so that they would not follow in their wicked ways (Exodus 23:33). Things start out going so well for the people of Israel. If the story of the conquest ended at Judges 1:18, we would think this conquest was very successful for the Israelites.

Verse 19 almost blindsides us: Judah “could not drive out the inhabitants of the plain.” The tribe of Judah had trusted in God for deliverance in victory, but now doubts God’s faithfulness simply because of their military technology.

There is a kind of half-heartedness which now begins to spread throughout the people of Israel. Benjamin is unable to drive out the Jebusites (1:21). Joseph makes a covenant with a Canaanite (1:22-26). This lack of faithfulness spreads until verse 34-36, where we see the conquest actually begins to reverse: the Canaanites are now driving out the Israelites.

It is not simply because the Israelites were weaker than the Canaanites that they could not drive them out of the land. Israel grew strong enough to eventually put the people of Canaan into forced labor (1:28, 30, 33, 35). Even when they could dominate the Canaanites with their own might, Israel chose the path of disobedience.

Why? Because convenience is easier than obedience, especially the convenience of power and success. Israel’s outward appearance was strong and successful, but inwardly they were disobedient to some of God’s most basic commands. The result, as we repeatedly find in the Judges narrative, is that the people wandered far from God and did what was right in their own eyes (Judges 21:25).

Fortunately for them – and for us – the story does not end here.

God was not silent in these matters. The angel of the Lord came to the people of Israel with a strong rebuke (2:1-5). There is a tension present here. On the one hand, God had promised not to break covenant with his people (2:1). But he also promised that he would not reward their disobedience (2:3). What God is saying to the people of Israel is this: You have put me in an impossible situation. I promised I would not break covenant with you, but I also gave you a guarantee that I could not reward disobedience. I want to bless you, but I need to be true to my promise. How do you think I should resolve this?

This is a tension that runs throughout the Old Testament. Will God give up on his wayward and disobedient people? Or will they truly repent and come back to him?

As the history of the Old Testament continues on, it begins to feel like this tension will never be resolved. But in God’s loving kindness and eternal plan (Ephesians 1:9-10), the cross of Christ resolves this tension for us. God is true to his promise – he cannot reward disobedience, and sin is punished. It’s just not us receiving the punishment. Our sin is imputed to Jesus (meaning our sin is completely credited to him), so that we are imputed with his righteousness (2 Corinthians 5:21). We are rewarded and blessed, but not because of our own obedience, but because we now belong to Christ.

God’s grace overcomes our sin, even when we choose habits of convenience over the disciplines of obedience. This is the hope and power we need to choose present obedience when the allure of convenience is strong.

What might Christian obedience look like now, not only during this pandemic but in the months and years ahead? In the conclusion to their recent book Uncommon Ground, editors Timothy Keller and John Inazu offer us four practices of faithful obedience in our present culture. These practices are not convenient, but they are the higher and better way of godliness and grace.

First, Christians should not overidentify with any particular political party or platform. There is nothing wrong with being a Democrat of Republican (or independent, and so on). We must make these kinds of civil decisions in order to live within our human society. But we must also be wary of following an identity that supersedes our new identity in Christ. If our news sources, interpretation of current events, and rhetoric toward others is more influenced by party lines rather than Christian graciousness, then we likely have allowed our political identity to supplant our Christian identity. If our co-workers know more about our politics than our God, we are likely on the path to choosing convenience rather than obedience.

Second, Christians should approach the community around them through a posture of love and service. The convenient patterns of our present society involve behaviors motivated by anger, bitterness, and a defensive posture. But when the grace of God has truly melted our hearts, we will find that it is no longer acceptable to treat others with such anger and contempt. Rather than having a defensive fear of losing power and influence, we will remember that outward marks of power and success are not true marks of obedience. The path of obedience is paved with humility, meekness, and kindness.

Third, Christians should recognize that the gospel subverts rival stories and accounts of reality. The danger here is trying to adapt too much to our culture in order to try and remain relevant. Just as we must not give into the convenience of our culture, which would have us act in angry and defensive ways, so too is it important that we don’t overlook the real injustices or sins of our culture either. Using our Christian faith as a mechanism for identity politics, either to the Left or to the Right, is akin to the Israelite’s false worship of foreign gods.

Fourth, Christians should reach out to others with humility, patience, and tolerance. In a warring, divisive culture, Christians have the opportunity to be bridge builders. Christ is God’s bridge into our world. He came from heaven to take on human flesh and sorrow, in order to bring us to God. What would it look like for us to enter into the lives of others with the same humility and patience that Christ has shown us? Shirley V. Hoogstra exhorts us all when she says:

…The call of bridge building is to imitate the love of Christ. We model that love when we extend ourselves across difference for the sake of understanding the other, when we demonstrate hope, when we bestow respect or dignity, and when we pursue reconciliation. Jesus spanned chasms to reconcile me to God. So if I try to span chasms, I am closer to being the Christ-imitator I want to be. (Uncommon Ground, pp. 143). 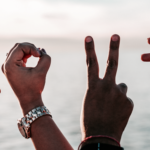 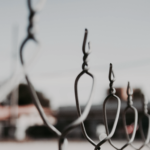 Next Story:
A Case Study in Racialized Zoning and Segregated Communities 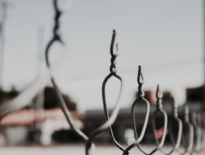 Church A Case Study in Racialized Zoning and Segregated C… 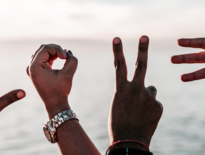