In the late 19th and early 20th century, local governments across the country made explicit attempts to isolate white and black residents in their communities.[1] One of the first cities to do so was Baltimore, MD. In 1910 the city adopted an ordinance which prohibited African Americans from buying homes in neighborhoods with a majority of white residents (and vice versa). The lawyer who drafted this ordinance was named Milton Dashiel, and he explained the intention behind this ordinance:

Ordinarily, the negro loves to gather to himself, for he is very gregarious and sociable in his nature. But those who have risen somewhat above their fellows appear to have an intense desire to leave them behind, to disown them, as it were, and get as close to the company of white people as circumstances will permit them.

The purpose of this segregation ordinance, he said, was to prevent this from happening (Rothstein, 44).

Many cities and local governments across the country adopted similar zoning practices. However, in 1917 the Supreme Court overturned a racial zoning ordinance in Louisville, Kentucky. The case was Buchanan v. Warley, and it was the result of one African American’s attempt to purchase a home that was in a majority white neighborhood. The Court ruled that the racialized zoning practices which prevented this purchase from taking place was unconstitutional. Their decision was based on the Fourteenth Amendment, the purpose of which was to include equal rights for all citizens under the law. Yet the Court was explicit that they did not believe racialized zoning practices violated the rights of African Americans, so much as these practices violated the rights of property owners to sell to whomever they pleased (Rothstein, 45).

Following this ruling, communities and government authorities had to become more creative in enforcing their racialized practices. In other words, racist practices did not go away following the Buchanan ruling, they simply evolved. For example, the government of Richmond, Virginia forbid anyone from moving to a neighborhood where they were ineligible to marry a majority of the citizens in that neighborhood. Since the state of Virginia forbid interracial marriage, Richmond’s new zoning law effectively kept neighborhoods segregated even though this purpose was not explicitly written in the zoning ordinance.

Another city which found clever ways around the Buchanan decision was St. Louis and its suburb of Ferguson in Missouri. Many will remember Ferguson as the place of the tragic death[2] of Michael Brown in 2014 and the many protests which followed. This tragedy brought to national attention the realities of racial tension and divides which are present in communities across the country. But how did Ferguson become so segregated, and how did the tension along racial divides elevate to the heights that it did?

This is the question Richard Rothstein asked when he saw the protests unfold after the Michael Brown shooting. Here is what he found.

In the 1910s, the local government began promoting zoning ordinances which reserved middle-class neighborhoods for single-family homes. Lower-income families of all races would not have been able to afford homes in these neighborhoods, but African American families were especially targeted in light of other housing practices. For example, in the 1920s the National Association of Real Estate Boards adopted a code of ethics which cautioned: “…a realtor should never be instrumental in introducing into a neighborhood…members of any race or nationality…whose presence will clearly be detrimental to property values in that neighborhood” (Rothstein, 52). The narrative at the time was that the presence of African Americans would lower home values in any given neighborhood (this narrative led to other racialized practices, such as blockbusting). While poor whites had the opportunity to advance and move into these reserved middle-class neighborhoods, African American citizens were prohibited simply by the fact that no one would sell to them.

Back in Ferguson, properties were frequently rezoned for racialized reasons. For instance, in 1942 the city zoned a commercial area as multi-family with the explicit purpose of making it a “favorable dwelling district for Colored people.” Similarly, in 1948 the city designed a U-shaped industrial zone which was to act as a buffer. Inside the U-shape would be multi-family areas designed for African Americans, while zones outside the U-shape would be designated as single-family residential (Rothstein, 50).

Racialized zoning practices didn’t stop there. Now buffered by a wall of industrial plants, often toxic, the city also zoned areas inside the U-shape to permit businesses such as taverns, liquor stores, nightclubs, and houses of prostitution. These same businesses were prohibited as zoning violations in the single-family neighborhoods. This context gives credibility to the words of Lawrence Fishburne’s Furious Styles, “Why is it that there is a gun shop on almost every corner of this community?…I’ll tell you why. For the same reason that there is a liquor store on almost every corner in the black community. Why? They want us to kill ourselves” (Boyz in the Hood).

With these terrible living conditions now  intentionally forced on the African American community in Ferguson, what hope did these residents have to overcome these barriers and move out of these neighborhoods to more integrated, middle-class neighborhoods? When the Federal Housing Administration (FHA) later developed the insured amortized mortgage to promote homeownership across the country, the city’s zoning practices made African American citizens living in these multi-family zones ineligible for the loans. Both private banks and the FHA considered the existence of multi-family rooming houses or the presence of industry as risk to property value. Yet the presence of such houses or industries did not happen by choice, but through decades of racial zoning practice. With fewer resources made available to African Americans for the purchase or upkeep of homes, this also reinforced the slum conditions and narrative surrounding these neighborhoods (Rothstein, 50).

Richard Rothstein summarizes the affects these kinds of zoning practices had across the country:

Questions for the Church

This brief case study, of course, only one small example of a much larger issue. Racial zoning practices, layered with Jim Crow segregation, deeply held racial prejudices, inequality in schooling and education, unjust police practices in African American neighborhoods, etc. have all created a modern racialized society filled with enormous tensions and injustices.[3] Not to mention the fact that everything mentioned so far primarily falls along the black/white divide, leaving out the unjust and unequal treatment of other minority communities in our country.

It is my conviction that ignoring these historic practices with real present implications will only make these tensions and injustices worse, not better. In any relationship where conflict is ignored, the relationship will slowly deteriorate. I am reminded of the sound principle of Dr. King, “True peace is not the absence of tension, it is the presence of justice.” To create justice, we must embrace tension and the conflict which will inevitably come with it.

As ambassadors of the gospel of Jesus Christ, it is therefore important that we wrestle with very important questions, the answers to which will significantly inform our localized ministry practice:

What does it look like for us to show wisdom toward those outside our walls (Col. 4:5) in communities where churches have historically been complicit in these divides?

What does it look like for us to pursue the one-people unity that is the trajectory of all who pledge allegiance to Christ (Rev. 7:9-10)?

These are questions which none of us can answer on our own. They can only be answered in community with other Christ followers who long to be a part of a community of reconciliation, where our blood-bought salvation can transform the relationships with our common man. “For he himself is our peace,” the Apostle Paul wrote (Eph. 1:14). I hope you might help me in being a part of making that peace a reality in our communities.

[2] In a previous edition of this article, I referred to Michael Brown’s death as a murder. A friend pointed out this language was not in line with the official investigation surrounding Michael Brown’s death, and I agree the word murder did not capture my original intent. I have changed the language here and retract the former wording of “murder.”

[3] I didn’t want to add it as a point in this article, but I hope the case study of Ferguson illuminates for us why it is the case that “The median net worth of blacks is just 8 percent of that of whites – $3,700 dollars compared to $43,800 dollars – and the median net financial assets, shockingly, is 0 percent of that of whites – zero dollars compared to $7,000 dollars.” (Emerson and Smith, Divided by Faith, 13). 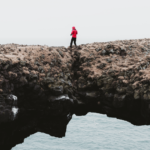 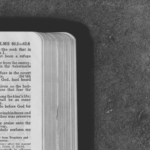 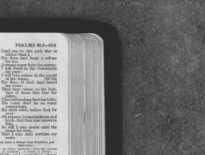 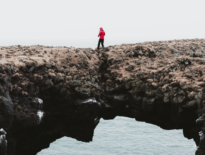