Easter has come and gone. The global, catholic Church celebrated together the most significant day in the Church calendar. It was a day when we remember Christ’s victorious resurrection from the dead – his victory over sin, death and the grave. Christians gathered together across the world in massive churches and in their homes, in ordinary church buildings and tabernacle-like meeting spaces. We sang songs together from many different traditions and in many different languages. Our worship rose as a sweet aroma to our glorious, triumphant King. Although we were separated by space and time, Easter is a day which perhaps most foreshadows what the worship of heaven will be like.

For all of our worship and praise, will there be any noticeable change in our lives?

For all of our worship and praise, will there be any noticeable change in our lives? Click To Tweet

The Power to Change?

In his book Irresistible Faith, pastor Scott Sauls laments that the word “Christian” evokes as many negative reactions as it does positive ones. In one example, he quotes San Francisco journalist Herb Caen who said, “The trouble with born-again Christians is that they are an even bigger pain the second time around.” Sauls asks the question, “We can do better than this – can’t we?”

I’ve recently been dialoguing with two young Mormon missionaries who visited my home. After their last visit, they asked me to watch a speech given at BYU titled “His Grace is Sufficient” by Brad Wilcox.[i] The Mormon leader challenges Evangelical Christianity by asserting that it is too focused on the death and resurrection of Jesus, rather than on the new obedience that Jesus requires of his followers. In his words:

They (born-again Christians) are so excited about being saved that maybe they are not thinking enough about what comes next. They are so happy the debt is paid that they may not have considered why the debt existed in the first place.

We have our work cut out for us. If Christians today are known for being hypocrites who are more focused on getting out of hell than they are a life of flourishing and blessing, we should be asking ourselves…

…are the criticisms true?

If our lives are not known for bearing the good fruit which Scripture promises (Galatians 5:22-24); if we’ve never met a person who is in awe of the beautiful life which Christ says will be evident in his followers (Matthew 5:16; 1 Peter 2:12) – then perhaps we’ve never truly grasped the power to change which comes with resurrection hope.

There’s a legend which is attributed to Martin Luther that goes something like this: Luther was once asked, “What would you do if you knew that Christ was returning tomorrow?” He replied, “I’d plant a tree.”

Luther or not, that’s great theology. Why? Because if you believe in the resurrection, then you know all of creation is headed toward a better future. You know that true love and justice exists and it is going to transform this fallen world into something beautiful. If that future has sunk its teeth into you, it’s going to change how you live in the here and now. It has to!

One of the most powerful statements about the power for new obedience comes at the end of 1 Corinthians 15. Following 57 beautiful verses about the resurrection, the Apostle Paul wrote:

Therefore, my beloved brothers, be steadfast, immovable, always abounding in the work of the Lord, knowing that in the Lord your labor is not in vain. (1 Corinthians 15:58)

From this verse we can discern at least three changes that ought to follow from a life that has been transformed by the power of Christ’s resurrection.

First, hope in the resurrection produces a steadfast quality in us. When we have confidence in our knowledge of the world to come, we have the ability to stand firm in the present.

In his new book Evangelism as Exiles, Elliot Clark tells a powerful story about his son when they were living as missionaries in a Muslim country. One day Elliot and his wife looked with horror out the kitchen window when off in the distance they saw a gang standing over their son with a large rock in their hands. To their great relief, they lowered the rock and their son came running back minutes later. The gang had asked their son whether or not he believed in the Jesus of the Bible. Their son not only held fast to his confession, but he also told them, “I told them I wasn’t afraid of them. I told them they could kill me, but that didn’t matter, because I would just end up in heaven.”

What shall we say to these things? If God is for us, who can be against us? Has your belief in the resurrection led to a steadfast character in you?

Second, hope in the resurrection causes us to become immovable. My mentor Dr. Howard Griffith went home to be with the Lord a few weeks ago after his long battle with cancer. During his home going service, we had the privilege to hear from several of his friends and children as they testified to his life and character. One of the stories his children shared moved me deeply. At one point last year, Howard told his wife that in his battle with cancer he wanted to show his children what it meant to die will in the Lord.

Do you know what that looked like for him? No matter how bad things got, he never once focused on himself. Instead, he used every conversation as an opportunity to teach and encourage others with the faith he had in Christ.

This is what it means to be immovable. We are unshaken by fear – even the fear of death.

Finally, hope in the resurrection causes us to abound in the work of the Lord. I’ve been working my way through the first of three volumes the historian Taylor Branch wrote on the public life and work of Dr. Martin Luther King Jr. I recently read in detail about the work of the Freedom Riders and those who labored to register black voters in places where it was extremely difficult to do so. Their example has rocked me to my core.

How does one endure bus bombings, regular beatings, threats, the murder of your friends, and being drug out into a country prison to be left naked in a cell for days on end? Where does one find the courage to stay in a crowded prison cell while denying bail for months? In the midst of it all, these brothers and sisters sang spirituals and preached sermons to one another.

This is resurrection power in action. When we have certainty about our new life in Christ, then we have the power to abound in his work knowing that our labor is not in vain.

The fictitious demon Screwtape told his young nephew Wormwood that one of the most effect ways to separate a man from God is to suggest to his mind all sorts of trivial and inconsequential things, such that when a person arrives in hell they simply lament, “I now see that I spend most of my life in doing neither what I ought nor what I liked.”

When we have certainty about our new life in Christ, then we have the power to abound in his work knowing that our labor is not in vain. Click To Tweet

But when our hearts and minds are set on the death and resurrection of Christ, this produces in us a resolve to bear a beautiful and flourishing life.

Do not pass over our celebration of Easter while forgetting the transformation which ought to follow. A life that is centered on Christ’s death and resurrection is a life that is marked by a steadfast character, an immovable spirit, and a display of new obedience. This is grace in action.

So, dear friend – now what? 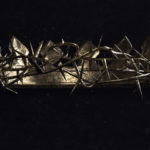 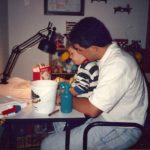 Next Story:
19 Years Later: Reflecting on My Brother’s Fight with Depression 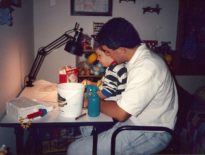 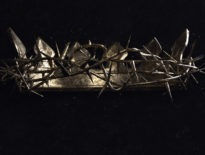