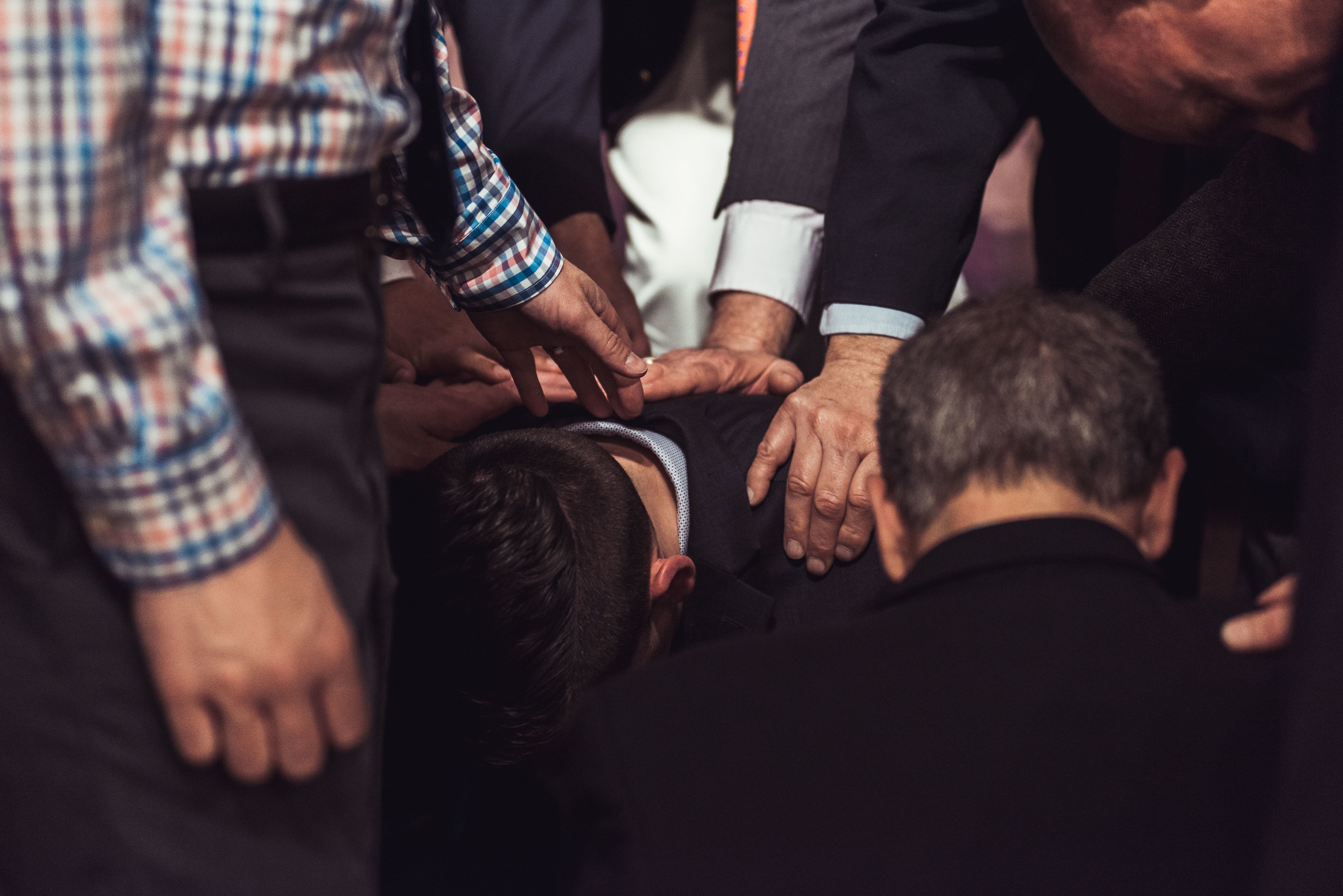 Jesus himself set the model for what authority and leadership look like in the Church, and it turns the popular view of authority in our world on its head. He said it this way (here he refers to himself by the title ‘Son of Man’): But whoever would be great among you must be your servant, and whoever would be first among you must be your slave, even as the Son of Man came not to be served but to serve, and to give his life as a ransom for many (Matthew 20:26-28).

In a world where we have associated the word ‘authority’ with abuses of power, privilege and platform, true Christian authority is marked by an ethic of service, sacrifice and suffering.

In other words, the model for Christian authority finds its foundation in the work of Christ. Even though all power and authority on heaven and earth belonged to him (Matthew 28:18), he used his position not for his own self-interest but for the good of his people. Rather than lording his power over us from on high, he humbled himself and put on human flesh in order to draw nearer to us. Rather than condescendingly commanding us to get our act together, he stood in our place. He does not bark orders at us from afar, but instead he lays down his life in order to make us right with God.

His death and sacrifice is a beautiful model for how true authority should be used. His resurrection is proof that God is preparing us for a new world; one where there is no reason to resent or be hostile to authority, because we will instead be resting joyfully in Christ’s perfect authority.

The Practice of Ordination

Ordination is the means by which the Church embodies the authority of Christ to each new generation. It is a practice which has existed for thousands of years, going all the way back to the Levitical priests of the Old Testament (Exodus 28:41). Through ordination, we set apart individuals for an office in the Church of God.

There are two offices of authority in the church – Elder (other words for this same office include pastor/shepherd/bishop/overseer) and Deacon. These two offices have been in place in the Church since the first century, and through every generation they have demonstrated God’s authority to the world.

The books of the New Testament go to great lengths to show how the authority of the offices of Elder and Deacon are to be used in the Church. The word Deacon comes from the Greek word διάκονος (diakonos) and could be literally translated to mean ‘servant.’ Their office was created in order to make sure the physical needs of each individual in the church were met.

Likewise, the description of Elders in the New Testament repeatedly reminds us that their office is one of service and sacrifice for the good of the Church. The character qualifications for Elders (1 Timothy 3:1-7) all describe the kind of individual who seeks the good of others above his own. The word ‘shepherd’ – one which is repeatedly used not only to describe Christ himself but also those whom are called to be an Elder – gives us the picture of someone who leads not a glamorous life, but an ordinary life amongst the people whom he serves.

The Apostle Peter describes an Elder in this way: Shepherd the flock of God that is among you, exercising oversight, not under compulsion, but willingly, as God would have you; not for shameful gain, but eagerly; not domineering over those in your charge, but being examples to the flock (1 Peter 5:2-3).

Elders and Deacons together are examples to the Church of how Christ used his authority – not to be served, but to serve. While these two offices should be the preeminent model of this kind of leadership and authority, all Christians in every place – home, work, or community – display Christian authority when they act in accord with this ethic.

Perhaps the reason why we resent authority so much today is because all of us, Christian or not, recognize that power and privilege are so often abused. This is understandable. Every age of human history has proven that we use our power and authority not for the good of others, but for our own gain. Unfortunately, many people have even used the name of Christ to hurt others and abuse the authority given to them. Such exploitation deeply grieves the heart of Jesus himself.

While these two offices should be the preeminent model of this kind of leadership and authority, all Christians in every place – home, work, or community – display Christian authority when they act in accord with this ethic.

The process of ordination does its best to protect this abuse from happening, but Jesus did warn us that wolves would invade the church seeking to devour the sheep (Matthew 7:15). One of the most important ways authority in the Church is used is to serve others by protecting them from the abuse of false authority. When the ordained leaders of the Church use their authority in this way, they create a safe place where all those who have been hurt and wounded by abusive authority can find rest and refuge.

Jesus gives us the answer to the authority crisis of our age. To the extent that we act in accord with his ethic of service and sacrifice for the good of others, we will show how authority is to be properly used. Together, the whole Church of God can show the love of God to the world as we lay down our own self-interest for the good of others.

[1]Thomas M. Nichols, The Death of Expertise: the Campaign Against Established Knowledge and Why It Matters (New York, NY: Oxford University Press, 2017),3.

Why I Baptized My Infant Son

A Root of Bitterness and Cynicism

God Has Not Othered Us