In my message on Sunday, I explained how the Bible raises the dignity and value of women to an equal level with men, which is great news in a world that still regularly discriminates against women. After citing several examples of how Christianity has historically been very good for women, I said:

“Christianity was and has been very good for women…And we need to recognize how tragic it is when we see examples of women not being highly valued in our churches today.”

I went on to explain how the Bible demonstrates that representation matters, saying:

“In Christ’s household ethic, we see that representation matters. This is something I’ve been learning from many of my minority friends, particularly my Korean American friends…You see, it matters to us that we are represented, that our lives, that our personhood, is seen by others.”

Two days later, we witnessed the wicked actions of a man who had been conditioned not to see women, particularly Asian women, as equal in dignity and worth. Robert Aaron Long professed to love God and was a baptized member of a Reformed Baptist church. He was even described by others as being “deeply religious.”

Several years ago, I was a member of a men’s Bible study group. Like many Christian men’s groups, sex and pornography were frequent topics of discussion. During one of these conversations, I remember one of the men confessed a struggle with lust in his workplace. While it was good that he recognized his sin, he did not take responsibility for his sin but instead blamed a female co-worker whose clothing was a temptation for him. His prayer request was not that he would stop lusting, but that this woman would stop wearing tempting clothing. In other words, his sin was not his problem; it was hers.

This idea is very common among Christian men. I’ve been present for more conversations that blame women for men’s sins than I want to admit. However, blaming women for men’s sexual sins isn’t just something we’ve come up with on our own. We have actively been taught this idea from the pulpits in our churches and the leaders of prominent ministries.

In their new book The Great Sex Rescue, authors Sheila Way Gregoire, Rebecca Gregoire Lindenbach, and Joanna Sawatsky report on their study of 20,000 Christian women and their views of sex, what they’ve been taught about sex, and how these views and teachings have impacted their marriages. They give several examples throughout the book of the kind of women-blaming material that is so common in churches and ministries today. In one example they write,

Over the next several pages, the authors give more examples from popular books such as Love & Respectand Every Man’s Battle, which blame the affairs and pornography use of husbands on wives not having enough sex with their husbands.

Not too long ago, I was having a conversation with one of my non-Christian friends where the topic of sex and Christianity came up. My friend asked me, “Why does it seem like Christians are so obsessed with the sexuality of women, much more than they are with men?” As the conversation continued, he pointed out how much Christians seem to care about what women do or do not wear, how much they are having sex, how they respond to their husband’s advances, and so on. If we believe that men and women have equal dignity and worth, my friend wondered, then why does it seem like the sexuality and sexual behaviors of men and women are treated so differently?

He had a point.

These teachings shame and blame women for the sins of men. They are centered on the sexual needs of men and discriminate the dignity and sexuality of women. None of this reflect the teachings of Christ concerning sex and sexual sin. In his Sermon on the Mount, Jesus said:

You have heard that it was said, ‘You shall not commit adultery.’ 28 But I say to you that everyone who looks at a woman with lustful intent has already committed adultery with her in his heart. (Matthew 5:27-28).

We can draw two lessons from this teaching that are relevant for our purposes here. First, every single person was created with immense dignity and worth. When a man lusts over a woman in his mind (or vice versa), he robs her of her dignity by objectifying her. He steals something from the woman that does not belong to him: her dignity, her innocence, her body.

When churches blame women for men’s sins, we join the chorus of a society that often blames women for rape and abuse. We devalue women, discriminate against them, and create a culture where violence and abuse toward women becomes commonplace. Gregoire, Lindenbach and Sawatsky captured this in their research. They write:

How we talk about sex matters.

As my friend Pastor Moses Lee wrote in a post yesterday, “Maybe it’s finally time to start the conversation about white supremacy’s fetishization and objectification of Asian women and its deadly consequences.” I would add, maybe it’s finally time for a conversation about how our wrong and misguided theology fuels sexism and racism in our churches.

There is a moment before us to examine how we talk about sex and race in our churches and Christian spaces. If we bury our heads in the sand or accept simple narratives and move on, we are not only acting in ignorance, but we may also be creating space for sexual and racial discrimination to grow unchecked.

It breaks my heart knowing how wrong theology has contributed to sexual and racist discrimination and violence. Jesus shows us a better way that enables us to uphold the dignity of women and men while also confronting lust, sexual sin, and racism without excuse or shifting blame.

May we all listen to Him. 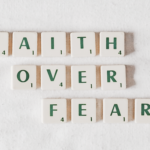 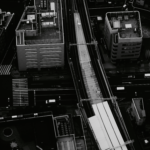 Next Story:
What Do You Mean by Responsibility? 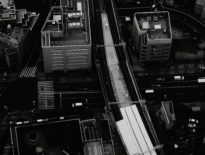 Church What Do You Mean by Responsibility? 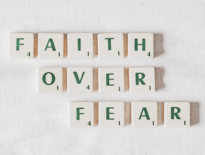