A few weeks ago, I met up with a friend to catch up and discuss some things on his heart which he wanted to share with me. After sharing how each of us were coping with the unique challenges of COVID and quarantine, my friend said that he wanted to share some encouragement with me. I was deeply moved by his willingness to do so. In fact, one of the things that I’ve appreciated most about this friend is how concrete and specific he has often been when giving encouragement. He does not give vague “Thank you” or “You did great” handouts. In this instance, he highlighted some specific elements of my ministry he benefited from and told me how much he greatly appreciated them. He took the time to specifically and intentionally strengthen my soul with his words, and for that I was grateful.

However, after his encouragement he transitioned to a new topic with this sentence: “I have some other things I need to share with you, and I suspect you won’t be as pleased hearing what I have to say next.” He proceeded to give some very specific critical feedback of my ministry he believed he had observed as a pattern in me. Now I’ll be honest – it didn’t matter how much he had just encouraged me, of course it still stung to receive this critical feedback! Yet I received it in love, and I felt no urge to defend myself or protest his criticism. Why? Because I knew he loved me, and he had proven it over a two-year relationship that was filled with constant, specific encouragements.

Scripture is packed with exhortations for Christians to be regularly filling one another with encouragement. There are many examples in the book of Acts which should be instructive for us. One such example can be found in Acts 14, where we read that Paul and Barnabas were in Lystra, Iconium, and Antioch. There, they “strengthened the souls of the disciples, and encouraged them to continue in their faith.” I love this language used to describe encouragement: it strengthens the souls of others. What a wonderful image that conveys the importance of encouragement for Christians. Our desire to strengthen the souls of one another ought to be very great!

Clearly, the act of encouragement is important for Christians to practice regularly with others.

So why is it that most of us are so bad at it?

As I’ve reflected on my 10 years as a Christian, attending and serving in 5 different churches, I can’t help but conclude that few Christians (myself included) know how to encourage others well. We either don’t do it at all, or we give such vague encouragements that our words just fall flat.

I know there are likely many reasons for our lackluster attempts at strengthening the souls of others. Some of us have never received good encouragement in our entire life. How could we possibly be skilled when we’ve never been taught? Others of us are consumed by such self-loathing and insecurity that we do not think we have anything positive to give to others.

Perhaps one of the biggest factors behind the lack of soul-strengthening encouragement in our churches is that we have all been drinking too much from our hyper-critical and discouraging age. For many (if not most) of us, our days are filled with news stories and social media posts that constantly criticize others. It’s not just that we cannot or do not encourage others, it’s that we most often spend our time and energy discouraging others.

One of the hardest things I’ve experienced as a pastor is how often my only experience with other Christians or church members is a discouraging one. It is not uncommon for someone who has shown no interest in getting to know me in person to make their first interaction with me a strong criticism by email or Facebook message. This is very difficult. Unlike my experience with my friend mentioned above, such discouraging experiences often leave me feeling defensive and inclined toward firing back rather than receiving anything that was said to me (NOTE: Encouragements of your pastor should drastically outweigh criticism. If it doesn’t, perhaps you shouldn’t fire off that next critical email).

But that’s not the worst of it. The real ugliness I’ve experienced comes from my own heart. I grieve over how often my instinct is to discourage others rather than strengthen their souls. I lament over how often I want to criticize rather than build others up. I mourn my critical heart and confess it often to the Lord.

2020 was a good year for me to catch Hamilton fever. With everything else going on in our world, the music of Hamilton gave me much joy and relief. Like many of you, I was captivated by the life and person of Hamilton while watching the musical on Disney+. As a result, I decided to read Ron Chernow’s Hamilton biography, which was the source drawn upon for the musical.

If you’re familiar at all with the musical, then you know that Hamilton was raised in the Caribbean (St. Croix specifically). There was a lot of trauma and tragedy in his family prior to his arrival in the colonies. His father abandoned his family, his mother was not only of ill repute but died while Hamilton was young, any property that may have belonged to him was seized, his cousin committed suicide, and so on.

While this trauma likely gave Hamilton his motivation to accomplish so much for our country, it also produced in him a very insecure, easily angered, often depressed disposition. I was struck in reading Chernow’s biography just how much Hamilton’s personality was informed by his own insecurity of his upbringing and his wounded identity.

For example, despite his success in the Continental Army, even serving as George Washington’s “right hand man,” he was often embittered toward others and any possible success of the American project. Chernow remarks that “underneath his high spirits still lurked the pessimism from his West Indian boyhood, and he sometimes viewed the world with a jaundiced, even misanthropic, eye” (p. 139). At one point, Hamilton even told his close friend John Laurens, ““The truth is I am an unlucky honest man that speaks my sentiments to all and with emphasis. I say this to you because you know it and will not charge me with vanity. I hate congress – I hate the army – I hate the world – I hate myself” (p. 140).

This outlook on both himself and the world did not go away but only grew with time. During one dispute regarding the Continental Congress in 1777, his accusers regarded him as an outsider and foreigner (given his origins) who could have no sincere patriotic desires. Chernow notes that this was a pattern for many Hamilton controversies. He writes, “People would assume that Hamilton, as an ‘outsider’ or ‘foreigner,’ could not possibly be motivated by patriotic impulses. Hence, he must be power mad and governed by a secret agent. In response, Hamilton would display a deep insecurity that he normally kept well hidden behind his confident demeanor. If struck, he tended to hit back hard” (p. 124).

As a result of his insecurities and wounded sense of self, Hamilton often flew off the handle and escalated conflict quickly. In a conflict with one Aedanus Burke in 1790, Hamilton showed himself quick to enter into a heated conflict – and potentially a duel – to defend his own reputation. Fortunately, the duel never transpired, and the conflict was resolved. Yet on this matter Chernow observes, “The contretemps again demonstrate that beneath his invincible facade, Hamilton was still the hypersensitive boy from the West Indies. His combativeness was always more than just political calculation, for he brooded obsessively about slights to his honor. The supreme rationalist, who feared the passions of the mob more than any other founder, was himself a man of deep and often ungovernable emotions” (309).

As the musical highlighted, conflict with Thomas Jefferson was constant and inevitable. In one such conflict with Jefferson while serving as the secretary of the treasury, Hamilton was deeply wounded by his insecurities and confessed to Washington that he was hurt at the charges being hurled against him. Again, Chernow remarks that Hamilton “could endure criticisms of his judgment but not of his integrity” (404).

Even as he exited the public spotlight, Hamilton’s insecurities still reared their ugly head. After leaving office, he confessed in one letter to a friend that he despaired about the whole American project. Hamilton “showed a depressive streak” with a “chronic tendency to magnify problems.” Chernow remarks, “For a man so involved in public life, he was curiously unable to develop a self-protective shell” (481).

As I read these countless examples of Hamilton’s insecurities, crushed identity, and reoccurring depressions, I was struck with an overwhelming sense of sadness for Hamilton. I often found myself wondering – What if Hamilton had been a member of a soul-strengthening, encouragement-filled church? Would his soul have been strengthened to a point where he could have been healed of his insecurities? Would he have been better at conflict resolution? Would his life have been spared, having found a better resolution with Aaron Burr?

We’ll never know. But in my estimation, a soul-strengthening church could have been literally lifesaving for Alexander Hamilton.

Strengthen the Souls of Others

Here is the sad reality that I have seen time and time again: our world is filled with people who hate themselves. Most of us, to one degree another, carry ourselves through life with a deep sense of self-hatred, insecurity, and woundedness. It is as the renowned American Psychologist Carl Rogers once said, “The central core difficulty in people, as I have come to know them, is that in the great majority of cases they despise themselves, and regard themselves as worthless and unlovable.”

But there is an alternative way to live in the world, and that is as a member of a soul-strengthening church. As Christians, we have all the resources we need to draw upon to give bountiful, endless encouragement to others. Despite our great and grievous sin, we have God has made us alive together with Christ. Even now, we have been raised up and are seated with Christ in the heavenly places (Ephesians 2:4-6). By the working of the Holy Spirit, we have been united to Christ and have been adopted by our Father (Romans 8:12-17). We have received the greatest love from the one who deserves the highest praise. In Christ, each of us has been shown we are of immeasurable worth to our Creator and our God.

As a result, we have a new ability to be the greatest encouragers the world has ever seen. There is always cause to praise others because we know they are made in the image of God and reflect him in his righteousness and holiness. As Christians, we can add to that cause for encouragement the fact that we know the Holy Spirit is doing a beautiful work in each of us.

Knowing the depth of our frequent self-hatred and insecurity, but the reality of God’s great love for his creation, Christians are well-equipped to strengthen the souls of others. 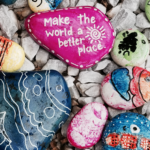 Previous Story:
Compassion from the Gut 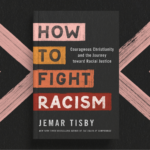 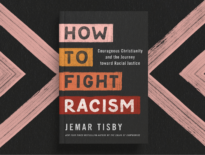 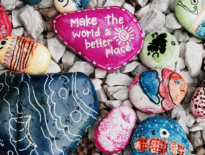 Featured Compassion from the Gut
0