Two words that go together about as well as alone together, minor crisis, or good grief.

But this is exactly how the Apostle Peter chose to describe the first century Christians of the Dispersion (modern day Turkey) in 1 Peter 1:2. These Christians knew what it meant to live life in the margins of society. Peter’s words have echoed throughout centuries of the Church to every generation of Christians who have felt similar pressures on the margins of their society.

Christians in the West find themselves increasingly in a culture that closely resembles the pluralistic and progressive culture of the first century. What will our response be? Will it be to close ourselves off behind the walls of an evangelical ghetto? Will we be known more for our criticisms of the culture than how we seek to influence the culture for the common good? Will our positions on moral issues speak louder than our position on how amazing grace really is?

We need to remember how to embrace the call of elect exiles.

That God has set his love on his people in eternity past is one of the most beautiful teachings in Scripture. God’s chosen people, his elect, have been loved into existence (Ephesians 1:4-5). We only love because we were first loved by God through his Son Jesus Christ (1 John 4:7-12). This is the essence of what it means to be elect.

Our identity as an elect people must take root deep down in our hearts. For in the midst of suffering, trial, or even persecution what the Christian needs most is not instruction on how to be unlike the world but on how to live into the fullness of who we have been chosen to be.

If God’s electing love is not at the center of our new identities in Christ then we will continue to base our sense of value and worth on ourselves rather than in God. The reason for God’s love for us has nothing to do with who we are and everything to do with who God is. Some may seek to debate or scoff at this truth; it is these people who do not know the deep waters of soul depression.

As J.I. Packer has said, “Election is the family secret of the children of God.” Those who want to live into who God has called them to be must first learn to rest in God’s electing love.

Some may seek to debate or scoff at this truth; it is these people who do not know the deep waters of soul depression. Click To Tweet

Only when we live into the fullness of what it means to be God’s elect can we then embrace the calling that he has for his people in the margins of society.

We don’t need to be brilliant at cultural analysis to know that we are living in the midst of great cultural shifts. Most people do not believe in a personal God nor any one true religion. Biblical literacy is at an all-time low (even in the Church!). The words guilt, faith, and sin are no longer commonly understood in our society. It is impossible to assume the same support structures of plausibility that the gospel once carried.

In his book After Christendom, Stuart Murray outlines seven transitions which take place when the Christian faith loses coherence in a given society. These transitions include:

Do any of these seven transitions resonate with you? If so, what do you think our response to this cultural shift should be?

I think our response should be one of excitement. Biblical illiteracy may be at its lowest, the gospel may seem as least plausible as it ever has in Western society – which means the fields are ripe for sowing new seeds of biblical truth. Gone are the days of assumed cultural Christianity. We now have the privilege of showing the Christian faith to a culture which is desperate for grace and truth.

Dr. Scott Redd of Reformed Theological Seminary has said it this way:

Times of darkness can be particularly exhilarating for the follower of Jesus, because these times offer the people of the light an opportunity to shine the most dramatically. We get to glow in the night with the gospel of Jesus Christ and the darkness cannot stand against it.(The Wholeness Imperative, 117).

To my fellow elect exiles– let’s get to it! 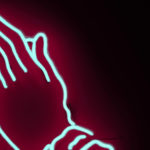 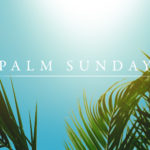 Next Story:
Who is Your King? Reflections for Palm Sunday 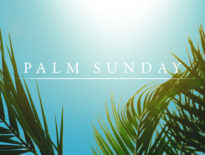 Practical Theology Who is Your King? Reflections for Palm Sunday 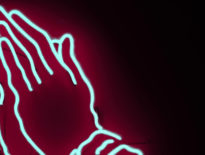