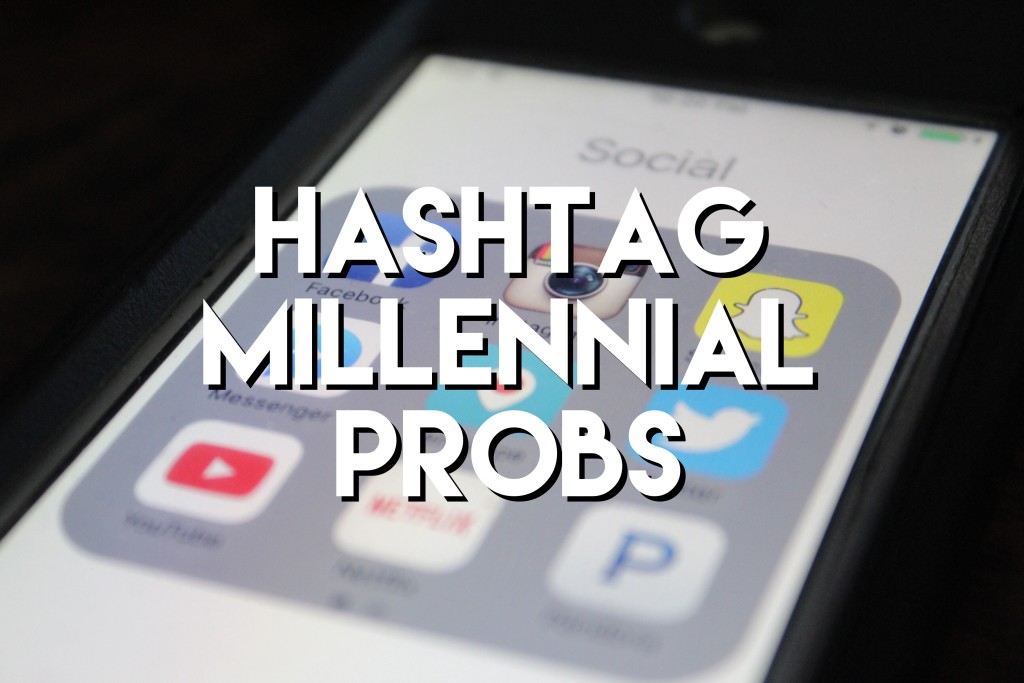 Sitting in my basement there is a box of trophies and medals from sports teams I played on growing up. Teams that never won any championships. Teams that I never scored a single goal on.

Why? Because I’m supposed to feel special.

With the shifts in technology and the desire for Gen-X parents to be more involved than their Boomer parents came the new trend: Millennials were wanted and we were special. Every moment of our lives was caught on camera. Our birthday parties were well attended and well documented. As one author said it, there was more flash photography at his daughter’s dance recital than an Olympic event. We were the center of attention – and we loved it.

Not only were we the apple of our parent’s eyes, but we were the hope of the world as well. For twenty years we were told that no dream is too small, that we could do anything we set our minds to. “You can be difference makers!,” they said. “Change the world!” That was the vision we were sold, and we ate it up like candy.

How did our society make it possible for us to feel so special, so wanted – as if we really could make a difference? It’s really quite simple – they never let us fail. That’s why I have so many trophies – its a confidence booster. If I can succeed simply by trying my hardest, then what is standing in my way? In one recent survey, a whopping 96 percent of Millennials agreed or somewhat agreed with the statement, “I can do something great.” 96 percent!

We grazed our way through high school and college programs which are nearly impossible to fail, and then we were unleashed upon the world. As if our delicate upbringing wasn’t padded enough, it was too hard for us to adapt to the real world. We moved back in with our parents in order to return to the easy lifestyle of which we were accustomed. Since we had been programmed to change the world, we bounced around from job to job in the hopes that we would finally find a place where we could make a difference. As one author highlighted, twentysomethings go through an average of seven jobs during that decade of their life.

It’s no wonder we’re stereotyped as being entitled and lazy – everything has been handed to us since before we can even remember being alive.

Why do I say all this? Is it because I want to poo poo all over my generation? Not at all. But I do want to highlight a lesson that many of us are already learning: we were set up for failure. For all of our confidence-boosting-center-of-attention upbringing, we were not prepared for the real world.

I was recently in a group discussion where the question was asked, “If you could go back to take one class in high school that was never offered, what would you take?” Most people answered something related to a trade skill. My answer was that I wish I had taken a class taught by guest lecturers whose lives hadn’t worked out they way they had wanted or wished, but had learned to adapt and get past whatever hardships life had thrown their way. A healthy dose of realism would have been a much more realistic way to prepare us for the life ahead.

I’m reminded of the words from the legendary Rocky Balboa. As he said: Let me tell you something you already know. The world ain’t all sunshine and rainbows. It’s a very mean and nasty place, and I don’t care how tough you are, it will beat you to your knees and keep you there permanently if you let it. You, me, or nobody is gonna hit as hard as life. But it ain’t about how hard you hit. It’s about how hard you can get hit and keep moving forward; how much you can take and keep moving forward.

Most researchers agree that Millennials are those of us who were born between 1980 and 2000. That means the oldest of us are 36 and have been in the workforce for some time. As one born in 1987, I think I can speak for my jaded peers in saying what we’ve all learned – this world is in fact a very mean and nasty place. As it turns out, we really can’t do anything we set our mind to. We will not succeed simply by putting our best foot forward. There are no rewards for second place.

But this doesn’t mean we should stop dreaming – in fact, quite the opposite. Rather than being known as the entitled, arrogant and lazy generation who gives up at the first sign of trouble – what if we became known as the generation who never stopped dreaming even when things looked impossible? Someone (not Einstein, as is commonly believed) once said, “The definition of insanity is doing the same thing over and over and expecting different results.” In a similar way, I think Millennials have their own kind of insanity: we never stop trying to make a difference, even when no one says we can. That’s a trait I’m proud of – I hope we never lose it.

Are we special? No. Are we the center of attention? Absolutely not. Will we be rewarded simply if we try? Hah! What a joke.

But can we make a difference? Can we “do something great”? Could we even change the world? I think so. However, I think we have our best shot if those who sold us this idea – Traditionalists, Boomers and Gen-Xers – came along side of us and taught us how to get there. After all, they’ve already been through the grinder and we still have much to learn.

I owe many of my thoughts here to Haydn Shaw’s Generational IQ.

How to Handle our Suffering and Pain

Growing Beyond Young, Restless, and Reformed

A New Model for Intergenerational Discipleship