For most of human history, it was this combination of transcendent and immanent meanings which provided the ‘why’ for all of human life. Yet within the last few hundred years, our understanding of meaning, value and purpose has changed drastically. With the changes that followed in the Scientific Revolution, mankind began to acquire unprecedented power. It wasn’t before too long that a new idea popped into our heads. What if we aren’t made in the image of God, but we actually have the power to remake nature in our image instead? The imago Dei was replaced by imago Homo, and nothing has ever been the same since.

In recent years, author and historian Yuval Noah Harari has expounded on this trajectory of human history and hypothesized on where we are going in the future. His monumental works Sapiens and Homo Deus – what I like to jokingly call the naturalist’s Old and New Testaments – have endeavored to argue for new answers to the ‘why’ and ‘how’ questions by removing transcendent meanings from the equation altogether. These books are a hauntingly honest, consistent and engaging take on humanity from a purely naturalist (or secular, atheist, non-theistic, etc. – pick your word) point of view.

The imago Dei was replaced by imago Homo, and nothing has ever been the same since.

I’ve never engaged with an author whom I agreed with so little and yet loved so much. While I am still working my way through Homo Deus, I can very eagerly commend Sapiens as one of the best books I have ever read. Harari writes with a striking honesty. There are no rose-colored glasses to be found here. The book begins by explaining the beginning of time and human history as if there is no God in the picture. There was stuff. It exploded. Matter and energy coalesced into complex structures. Organisms emerged. Billions of years later, the first prehistoric humans walked the earth. They were nothing more than insignificant animals.

I’ve never engaged with an author with whom I agreed with so little and yet loved so much.

Through four major sections and 20 different chapters, Harari traces the history of these insignificant animals with remarkable consistency. Many secular/atheist thinkers, while acknowledging a similar view of origins, go on to try and find ways to argue for absolute ethics, values or morals. Such arguments are well-intentioned (as a Christian, I want people to believe in human value and morality!) but noticeably flawed and inconsistent. Russian philosopher Vladimir Solovyov humorously articulated the flaw in most secular ethics when he said, “Man descended from apes, therefore we must love one another.” Naturalist origins simply do not – and cannot – lead to any account of morals, meaning and value with logical consistency.

In my reading, Harari never commits such logical leaps. What makes Harari so unique is he has no problems conceding that all of our conceptions of rights, values, meaning, morals and purpose are imaginary – what he calls an “imagined order.” These myths of our imagination serve no purpose other than to allow humans to work together in large groups. Like a bad game of “Whose Line is it Anyway?”, everything is made up and points don’t matter. In his words, “…human life has absolutely no meaning. Humans are the outcome of blind evolutionary processes that operate without goal or purpose.” That’s just the way it is. Even ideas such as liberalism, capitalism and socialism are just as much of a myth as any religious system.

But my newfound love for Harari’s work isn’t only because of his honesty and consistency in our areas of disagreement. There are many points in the book where I found him bringing me great clarity either over places where we find common ground, or certain turning points in history. I found myself compelled to agree with his articulation of how the Agricultural Revolution has only led to more suffering for humans and the animal kingdom.

There are other sections where I found myself saying “Amen!” as I read this atheist preacher. He traces portions of human history that have led to oppressive social systems, such as the Transatlantic Slave Trade or the caste system in India. While he wouldn’t label it as such, he helpfully articulates why advice like “Follow your heart” is a kind of idolatry; the heart is a “double agent” that is too easily swayed and deceived by the dominant myths and imaginary values of our day. For that matter, he gives one of the best articulations of the deterioration of community and family against a backdrop of the modern myths of progress that I have ever read.

While I disagree with many of his views regarding meaning and purpose, anyone who is willing to consistently hold to these ideas should be regarded as a trustworthy voice in articulating the naturalist worldview. As the secular and freethinking movement continues to evolve and grow, it can be difficult to find a prophetic voice who can be respected as a spokesman for the movement. Harari’s honesty and clarity elevate him to this position – whether he wanted that or not.

Like a bad game of “Whose Line is it Anyway?”, everything is made up and points don’t matter.

While Sapiens begins with mankind emerging as “insignificant animals,” it ends with an eye toward us becoming gods. Harari takes us through developments in various fields that not only allow humans to control the destiny of nature, but of humanity itself. In his mind, it is a real and serious possibility that Homo Sapiens are soon to be replaced by more superior humans of our own design.

The problem is that while we are more powerful than ever before, we have no idea what to do with that power. Harari describes the future course of Homo Sapiens in this way:

Worse still, humans seem to be more irresponsible than ever. Self-made gods with only the laws of physics to keep us company, we are accountable to no one. We are consequently wreaking havoc on our fellow animals and on the surrounding ecosystem, seeking little more than our own comfort and amusement, yet never finding satisfaction.

Is there anything more dangerous than dissatisfied and irresponsible gods who don’t know what they want?

Harari’s work is an attempt to answer the ‘why’ and ‘how’ questions from a purely immanent perspective. The problem is – according to his own view – there really is no ‘why’. We have effectively unhinged ourselves from anything that would keep us from pursuing the most dangerous, wicked and irresponsible experiments that are available to our imagination. Dr. King was a prophet himself when he spoke of the dangerous depths science could reach when it is untethered to transcendent and spiritual reasoning:

Now we have come to see that science can give us only physical power, which, if not controlled by spiritual power, will lead inevitably to cosmic doom. The words of Alfred the Great are still true: “Power is never a good unless he be good that has it.” We need something more spiritually sustaining and morally controlling than science. It is an instrument that, under the power of God’s spirit, may lead man to greater heights of physical security, but apart from God’s spirit, science is a deadly weapon that will lead only to deeper chaos.

Whatever your views may be on these subjects, you will benefit from reading Harari. If you think you line up with more of an atheist and naturalist view of the world, I encourage you to read his work and wrestle with his conclusions. If you find yourself unwilling to follow him all the way to the end, perhaps you agree less with atheism than you think you do.

Christians in particular would be wise to engage with Harari as someone who is an articulate, honest and trustworthy communicator of a naturalist worldview and human history. If you can engage and respond to his ideas with charity, you will be well equipped to speak with a wide range of people who are submitting to Harari’s ideas – whether they know it or not.

Over the next several days I will be publishing some more articles engaging with Sapiens and Harari’s understanding of values, morality, meaning and purpose. I hope that these will be helpful for you to learn more about these important works, and that they will equip you to engage with these ideas no matter where you are on your spiritual journey. 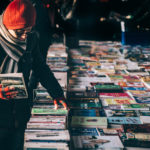 One Response to :
Reading Sapiens: From Insignificant Animals to Irresponsible Gods 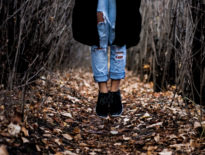 Culture The Imagination Needed for Naturalism to Work 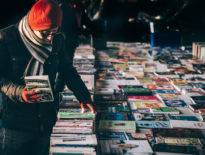