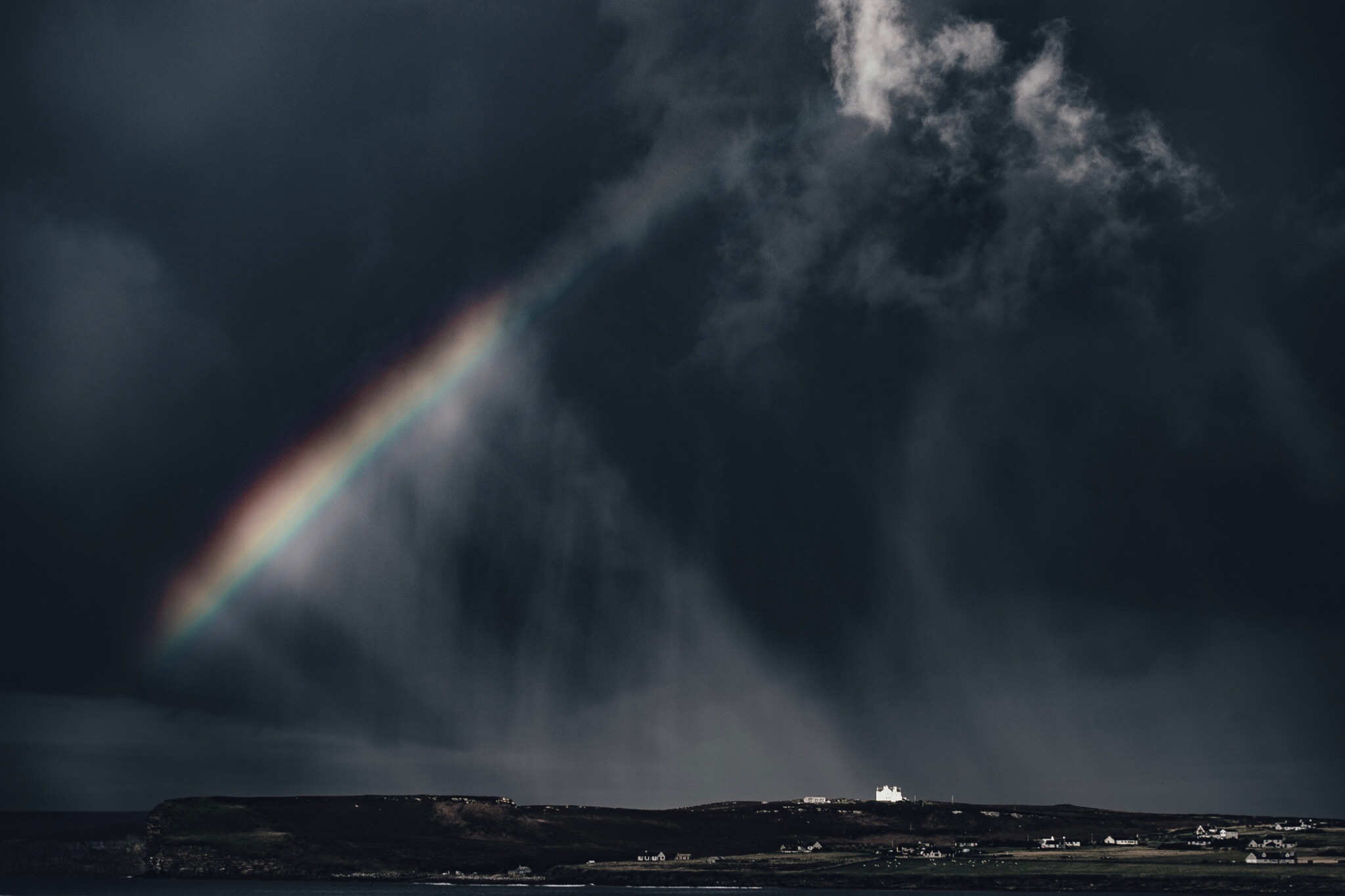 By 1536 John Calvin had begun his work of ministry in the city of Geneva, Switzerland. He showed much promise in his zeal and understanding of the Scriptures. By 1535 he already had a first edition of The Institutes printed, and it was a complete enigma to everyone how a twenty-five-year-old man who never had formal theological training could write such a magnificent work. Older pastors and Reformers were inclined to take interest in his success and training.

We have letters that were exchanged between at least two of his mentors: Martin Bucer and Simon Grynaeus. In these letters we find a furious and intemperate Calvin who made accusations of his mentors. Bucer’s response to Calvin was firm, and he told Calvin that everything he (Bucer) did was out of love. Calvin understood what Bucer was implying: for all of his theology, Calvin lacked love. Bucer’s rebuke crushed Calvin.

In a similar fashion, Simon Grynaeus wrote to Calvin and rebuked him for his rancid language toward other church leaders. Grynaeus pointed out Calvin’s arrogance, and told him he was too prideful over his education and superior intellect. Between these two men, Calvin was crushed by the weight of his own relational sins. His youth and immaturity brought out his lack of love, his arrogance, and his pride.

Lesson 1: Youth breeds immaturity. Speaking as a minister in my early 30’s, this is a lesson I don’t like to hear. Like Calvin, I have often committed the arrogant sin of making accusations toward older leaders in ministry that were simply a result of me not being able to see the full picture. That doesn’t mean I’m always wrong. And it is certainly wrong for anyone to despise someone for their youth (1 Tim. 4:12). Yet this doesn’t change the fact that youth and inexperience is fertile soil for pride and immaturity. Young Christians would be wise to give the proper weight to the insight and experience of older brothers and sisters in the faith.

Calvin’s pride and arrogance had not yet gotten the best of him. Along with William Farel (another Reformation leader in Geneva), they had entered into a conflict with a council in Berne (the capital of Switzerland) over the minor issue of liturgical rites that should be used in the worship of the church. Calvin soon began denouncing the Bernese Council from the pulpit, calling them the “council of the devil.” He was quickly labeled as a hot-headed troublemaker, especially after he and Farel began refusing communion rites to the whole city of Geneva. The Bernese Council ordered Calvin and Farel to leave the city within three days.

What happened next still astonishes me and breaks my heart. Calvin and Farel headed to Zurich, but stopped in Berne to try and make a deposition while they were there. The two men openly lied to the council and presented a very tailored account of the conflict, claiming that they had never opposed the Bernese liturgical rites and that a conspiracy had been mounted against them. Calvin’s attempt to win over the Council by openly lying to them backfired, and his reputation was severely damaged.

Lesson 2: Words have the power to destroy. Gossip and envy are the greatest enemies of God’s people. There is no quicker way to tear down unity in the church than with our words. This was clearly the problem in the church James addressed in his epistle, as his rebukes over taming the tongue come just before his admonishment about the envy which was tearing apart the church (James 3:1-4:4). All it takes is saying one thing we shouldn’t have said, and then it is out there forever to wreak havoc on relationships and friendships. In Calvin’s case, his words both publicly and private brought disaster and ruin. Not only did his personal relationships and reputation suffer, but the broader church in Switzerland suffered as well. It is important for Christians to resolve never to speak ill of another, or we too will bring similar consequences on our life and in our churches. Gossip and slander are never worth it.

A synod arose in Zurich made up of the leading Swiss churchmen and reformers. Multiple issues were discussed at this synod, in particular an ongoing dispute with Luther over the Lord’s Supper. Calvin and Farel were also a subject of discussion, and it was to their shame when they realized that they were regarded as the problem in Geneva, not the victims. In the eyes of these leading reformers, they had committed the horrid sin of bringing discord and division to the church.

Lesson 3: Unity and charity have priority over winning an argument. In other words, we want to win people – not arguments. Calvin was learning a lesson that many evangelicals need to learn today: have unity in the majors, and charity in the minors. The way we dispute amongst ourselves about doctrinal disagreements still needs to reflect the kind of love and unity Jesus prayed for in the Garden (John 17:20-26).

By this point, Calvin was beginning to learn all of these lessons too. He had bruised pride and a shattered ego – and it showed. Calvin doubted his calling to serve the church and was hesitant to resume the work again. In one letter to another church leader he wrote, “For though when first I took it up I could discern the calling of God which held me fast and by which I consoled myself, now, on the contrary, I am in fear that I would tempt him if I were to resume so great a burden, which I have already felt so insupportable.” Calvin drifted and felt a loss of purpose or meaning. Over the next three-and-a-half years, he meditated on these lessons he had learned. By the time he returned to Geneva in 1541, he had grown in wisdom and maturity and in many ways became the winsome and pastoral leader we regard him as today.

Lesson 4: Growth doesn’t come without failure and resistance. It’s just as true for us physically as it is spiritually. One of the repeated themes of the Bible is that the Lord uses pain and trial to refine us more into the image of Christ (Hebrews 12:3-17. 1 Peter 1:3-7). When we first become Christians, many of us walk around with a kind of spiritual swagger. Through trial and affliction, the Lord gives us a limp to remind us of our daily need for his grace. Don’t underestimate what God is doing in your difficult season.

John Calvin went through immense struggle, and not only in his fight against his personal sin. His wife Idelette gave birth to one son and possibly a few daughters, all of whom died in infancy. Idelette herself came ill and died 15 years before Calvin himself passed. He wrote about this loss, “I have been bereaved of the best friend of my life.”

Like Calvin, we too will fall into sin, damage relationships, and fail to live the lives of holiness that God has called us to. And yet, he shows us much grace. The theologian and author whom we herald as one of the greatest church leaders of all time became who he was not in spite of his failures, but because of them. God used them to raise up a man who would lead the church not only in his day but also for centuries to come. He knew first had just how great the mercy of God was for all who call upon the name of Jesus:

In short, mercy has swallowed up all misery, and goodness all misfortune. For all these things which were to be the weapons of the devil in his battle against us, and the sting of death to pierce us, are turned for us into exercises which we can turn to our profit. If we are able to boast with the apostle, saying, O hell, where is thy victory? O death, where is thy sting? It is because by the Spirit of Christ promised to the elect, we live no longer, but Christ lives in us.

[1] Material for this article was taken from Bruce Gordon’s biography, Calvin. Particularly, chapters five and six.

A Bad Recipe for Evangelism

Grief Took My Love of Reading, Too.

Filling Up What is Lacking